“Khuyut” It's about a Nation that had enough of Negligence

Five years have passed since the conflict erupted in Yemen. It didn't take long for the wheel of daily life in Yemen to slow down, to an almost complete halt. Thousands of people lost their jobs, fuel, food and medicine crises have been escalating month after month, and most of the state facilities have collapsed including basic services like education, health, electricity, water, etc. 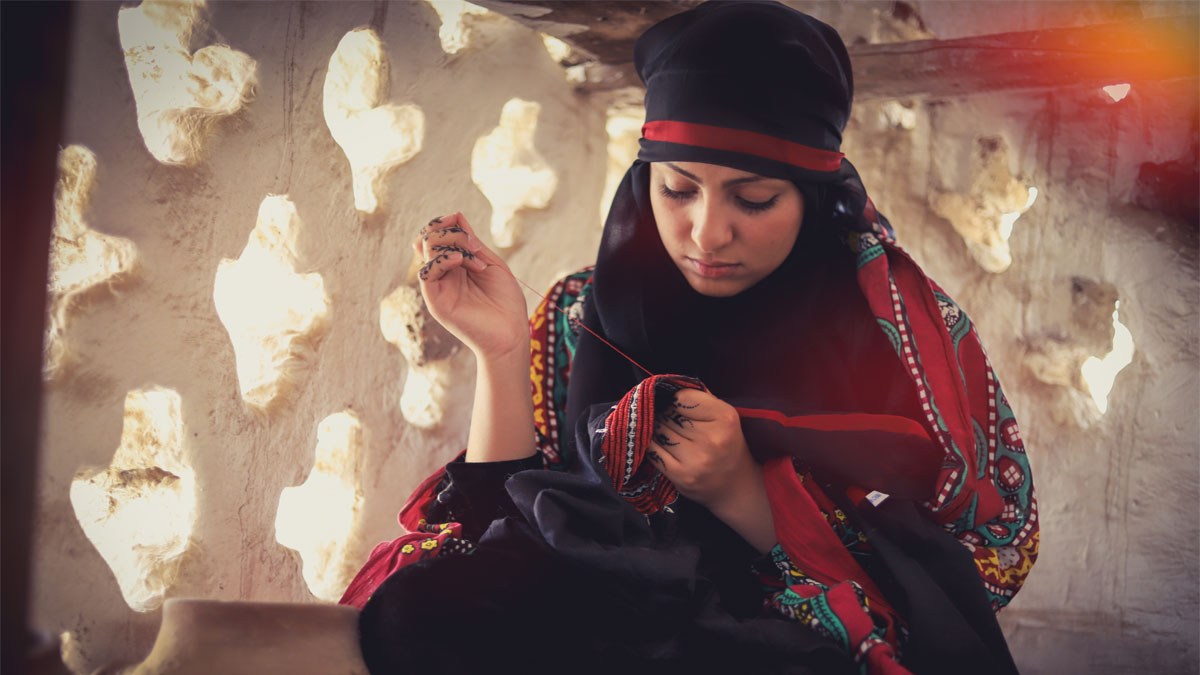 In the midst of these collapses of the necessities of life, Yemenis searched for alternatives to continue their lives despite the nonstop war machine which led to the displacement and killing of thousands in cold blood, undermine their existence and life income, their livelihoods and alter their fates by conflict. However, Yemenis had never stop resisting its scourge, hoping that it would stop, and went on exploring ways to overcome the great hardship imposed upon them.

Full of determination to live, Yemenis went on struggling and fighting their destiny since the beginning of the war five years ago. However, the huge load of the reality and its severity which exceeded the limits of imagination, made their voice faint, and their stories stifled. In response to this catastrophic blackout of the reality, the idea of ​​creating an electronic platform dedicated to conveying the details of the daily suffering stories of people who are facing such a terrible certainty with an unbreakable spirit. Thus, the story of "Khuyut" was born.

The idea of ​​developing this platform was evolved through group discussions with specialized media groups including; writers, journalists, civil activists and researchers in which the outcomes were embodied in the creation of these windows through which we hope to succeed in empowering Yemenis to tell their stories; How does a citizen face the disappearance of decent living options? How could people create their own ways of resisting the horror of war and destruction without giving up their hopes and dreams of a better life? The life that was shattered by the war, we are trying to re-tie it with these threads “Khuyut”.

We have often asked ourselves: What can we do towards such a reality in which the voice of violence and the language of weapons dominates the voice of peace and dialogue? We know that it is a question that preoccupies many journalists, writers, activists, researchers and academics, and all those who believe in the values ​​of dialogue, coexistence, justice, tolerance, freedom and citizenship; No one wants to live in the midst of a war that long, including the conflict parties themselves. Therefore, “Khuyut” seeks to resist the state of silence, the spirit of frustration, and the long silence generated by the fierce campaign against the media, knowledge means and civil expressions so that we contribute to change this reality of repression, intimidation and incitement, that has been promoted during the five-year war.

Throughout these years, Yemenis have lived the horrors of the forgotten war! So that whatever news reaches the world's attention about the tragedies that Yemenis are experiencing is only a small negligible note. In many cases, media coverage of humanitarian relief is not without political investment of local, regional and international parties to the conflict. On the other hand, the media professional insufficiency in reporting catastrophes of the war in Yemen led to the acquisition of the knowledge space by the biased means of war propaganda. Thus, the world public opinion is directed away from the details of the "world's greatest human tragedy".

Therefore, “Khuyut” aims to provide journalistic, written and analytical unique media content unlike other popular writings and media materials which are characterized by convulsive language and emotional judgments affected by the tension and division caused by the war.

We also seek to convey the human voice of Yemenis from the margins to the ears of the peoples of the world to realize the fact that life continues in this torn up isolated country regardless of its terrible hardships. It shall be revealed that, the longer the war continues, Yemenis became more determined to unearth their hidden potential, which is not limited to their ability to withstand calamities only, but extends to creativity and innovation in the darkest conditions. However, by not sharing information about these potentials with the people of the world, Yemen appears as if its presence on the planet has stopped at the last of its ancient kingdoms. This is what made us create an encyclopedic window within the platform under the name “Yemen Pedia”, dedicating it to a different blogging of the anonymous biography of the most prominent characters, places, events, documents, and all worthy information that we can access for blogging and sharing, about a nation that lived enough in the margins.

In the rest of the “Khuyut” windows, we present a systematic analysis of events and variables in their local, regional, and international contexts. We monitor people's life stories, their hopes and aspirations, their vision of life through lifestyles and necessities: education, economy, fashion, music, literature, painting, architecture, and others; Everything that is worth blogging and sharing, we will document and share with the audience of the platform at home and abroad.

To reach that end, Khuyut affirms its eagerness to give priority to the public concerns, over any other personal interests. It also affirms its commitment to work in accordance with the "Code of Honor", derived from the ethics of the media profession and creative products. We fully believe in the people's right to have their voices heard all over the world. Moreover, Khuyut is open to learn from successful and creative media experiences, based on providing accurate information, with interest in analyzing its contexts and dimensions, commitment to objectivity and professionalism, and in-depth investigative research approach.

Khuyut adopts the principle of transparency regarding the sources of funding for its activities. In addition to being founded and launched with financial contributions from the founding body, it does not accept any political money or any conditional support, explicitly or implicitly. Otherwise, the platform is open to receiving unconditional support and establishing partnerships with institutions or organizations that share with us the believe, orientation and values. Further, it shall be emphasized that this support does not conflict with the platform’s independence and values, the professionalism and objectivity of its content.

In conclusion, we would like to express our sincere thanks and gratitude to everyone who interacted with “Khuyut” including writers and technicians without which Khuyut could not start.

Khuyut platform team are pleased to invite fellow journalists, writers and photographers interested in writing or covering stories for “Khuyut”, to send their proposed materials, topics and media content via the platform e-mail: info@khuyut.com