Ideas for Effective US Role in Peace Efforts

Thinking Outside the Box for Yemen 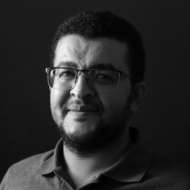 Ideas for Effective US Role in Peace Efforts

Thinking Outside the Box for Yemen

At first glance, the critics that attuned to what could be seen as the failure of US efforts to broker a peace agreement to end the war in Yemen may seem valid, arguing that Washington lacks effective access on the Iran-aligned Houthi group, one of the main parties to the Yemeni war that refused over the past months to positively engage in the intensive diplomacy coinciding with the stated tendencies of Biden Administration which seems to be different from Obama's and Tramp's with respect to the war in Yemen. Which, Biden Administration has appointed a special envoy to Yemen to contribute to stopping the war.

Dispute the catastrophic refusal of Houthis to positively engage with the Messenger of Peace coming from the White House, it should come as no surprise to decision makers in Washington, nor to opinion and advice makers of writers, researchers and experts. Such obstinacy is expected in the context of accumulated complexities of a war raging for seven years, in which the United States played an active role on multiple levels, in addition to many complications following the US withdrawal from the Iran nuclear deal and subsequent developments. It is a situation that requires a lot of sustained, conscious and patient efforts to remove its impacts, and not stop at insignificant sayings to define the situation and justify the helplessness in the face of its complexities. At the forefront of these sayings is the limited conception of the war as a war between two parties (Houthis and Saudi Arabia) that will come to end as soon as they come into an agreement.

Above all, presenting these two actors and what merely related to them from the file of the war in Yemen with all its problems and complexity, for evaluating both the US and UN peace efforts and providing advice and conclusions on them, is certainly an incomplete work that inevitably leads to immature and subjective conclusions established on purpose or out of ignorance, no difference, on one dimension of the Yemeni war. This is what this war and its files do not need, nor be needed by decision makers to be enlightened to envision the necessary interventions to contribute to stopping it. There is an urgent need for reflections that accurately and objectively present all the facts on all war dimensions and multiple tragedy.

Of course, the Houthis, who have controlled the Yemeni capital, Sanaa, and most of northern Yemen since 2014, are a major party to the continuation of the war and its tragedies, and are a key player in impeding efforts to reach a political settlement that ends the war in Yemen. It is important that they be held accountable for their warlike conduct and horrific abuses, likewise Saudi Arabia. However, what is certainly missing in many analyzes by US decision makers are, perhaps, the other elements in the continuation of Yemeni war and its tragedies. These elements, in many aspects, are not outside the effective leverage of the US administration and its allies, as many gains can be achieved in favor of peace efforts, before and after, to alleviate the tragedies of the war.

As an example of those invisible dimensions in the file of the war in Yemen, we can consider the situation in Aden, the temporary capital of the internationally recognized Yemeni government backed by the coalition led by Saudi Arabia and UAE (the two pampered allies of the United States), as well as the situation in all of the territories recovered from the Houthis. These areas of the country are plagued with frequent fighting, human rights violations, chaos, governmental and economic failure, and corruption, which together create safe havens extremist groups to develop and grow. These areas provide a stark contrast to what was once perceived as an opportunity to build a model of the state of law and development as an objective antithesis of the Houthi theocratic experience. The same is true of the internationally recognized government, with its leaders and sovereign institutions, residing, voluntarily or forcibly, almost permanently outside Yemeni territory. It is a general situation that generously grants the privileges of the upper hand over Yemen's reality and its political, military and structural future to the Iranian-backed Houthi group.

This model, for example, is an essential component of the file of the war and tragedy in Yemen, which initially impacts the lives of millions of Yemenis, the humanitarian and human rights situation throughout Yemen, the negotiating positions of the parties and their perceptions of peace. It is a situation within the leverage of the US, where US serious and conscious efforts can make qualitative leaps to rectify the situation in favor of a state of law, justice and peace.

Despite the validity of the criticisms that will be directed at the internationally recognized government of Yemen, any objective research will conclude with Emirati and Saudi roles that led to the failure and disruption of the internationally recognized government through a set of artificial traps in its temporary Capital of Aden and its other nominally controlled territories. At the forefront of these complications is the establishment and support of armed formations outside the law, and enabling them to have actual control that disrupts any government attempts, and puts a large population of Yemenis at different forms of suffering in various fields.

In a context broader than that important space available for action and positive influence, the American role in pushing Saudi Arabia to announce its Peace Initiatives in Yemen will not be enough. Proving the Saudi Arabia tendency regarding peace in Yemen, likewise the US stated tendency, does not lie in their publicized statements, but rather in the active conduct of Saudi Arabia and its ally, the UAE, with respect to the immediate and future positive operations and roles that must be undertaken, as well as the negative operations and roles that must be stopped. This includes pushing Saudi  Arabia and UAE, and their allies to take broader steps, beyond negotiation, that will have a positive impact to the people of Yemen in the immediate future, including:

Unless the US, with its leverage and influence, finds creative ways to address such issues and significant elements in the Yemeni file, which fall within its leverage and influence, the Biden Administration’s promises with respect to the war in Yemen will be brought into doubt, and every move or measure, such as dedicating a special envoy to Yemen and his many trips to different countries of the region, will ultimately be mere propaganda from another US administration adding a new commentator to a club of thousands of commentators and articulate preachers, who are dedicated to the Yemeni issue.

Without such effort and smart work on all lines and elements of the war in Yemen, that makes an impact felt by all Yemeni civilians in various regions, the actual mission of the US Special Envoy will be nothing but nominal moves that aim at collecting points to build an argument succeeds in relieving Biden Administration from its electoral promises and enabling it to resume warm relations with Saudi Arabia and to continue arms sales to it with a clear conscience and tightly silenced public opinion.