Was the problem of authority resolved by the announcement of the Presidential Leadership Council?

Reading into the complexities of the current scene and future paths 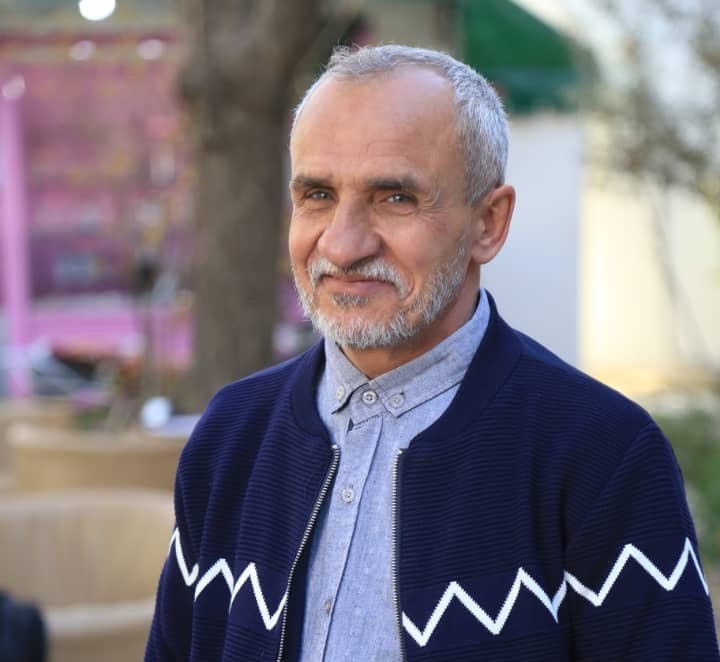 Was the problem of authority resolved by the announcement of the Presidential Leadership Council?

Reading into the complexities of the current scene and future paths

In contrast to the articles written by some of the participants in the (Riyadh 2) consultations run by the Saudi Special Committee, and the writings of their followers from flies on the social network, the facts were different.

Many of the attendees who used to write, each for the benefit of his master, asserted that the consultations were preparing to unite ranks “to confront the Houthis and eliminate Persian influence and … and … and”, as if the war was a destiny in their minds that could not be overcome.

Saudi Arabia overthrew the president and his deputy, and brought in a presidential leadership council - (as we see a compound naming for two cases: the Revolutionary Command Council and the Presidency Council), which reflects a chronic mental weakness in the inability to think of a simple and convincing name - but it always does.

Expectations to end Hadi's political presence were most intense during the last period, and then subsided. During the past few days, some people began to anticipating about what Saudi Arabia could do, especially since it had invited people of its selection to attend the consultations of (Riyadh 2). Some went to assuming the appointment of vice presidents for the south and north, and other possibilities about that.

The counselors proved that they had nothing to do with what had happened, for they were not at the level that would give them a say in dismissing the president, or retaining him, or creating new bodies, for that was the position which the Special Committee had chosen for them and which they had accepted for themselves.

Therefore, the Special Committee wanted these people to be mere witnesses and blessings of an event they did not involve in. The most important thing that draws attention to what happened is that the overthrow of Hadi and Ali Mohsen, and the formation of the (Leadership Council) appointed and delegated with the full powers of the president, came in recognition of our view that the country is subject to the legitimacy of the war and nothing else. Additionally, the appointed (Council) even if it was granted constitutional powers that were for the president, but its formation took place outside the scope of the constitution and the law, which means another confirmation of dealing according to the data of the war. Moreover, it undermines the intuitive rules for establishing authorities, and indicates that it is a non-local product, otherwise it would have been agreed upon internally - without the need for an absolute monarchy to legislate for a group claiming to defend the republic - to study the possible constitutional exits to solve the problem of power.

The noteworthy note on the subject of Hadi’s overthrow is that he lost power as simply as he gained it, and the televised image of him, reciting the decision to form the (Command Council), shows that the man was not aware of what was happening or satisfied with it. Even if some followers tried to claim that the president had voluntarily relinquished power. Also, the permanent choir echoed its blessings as requested, as it had previously blessed the departure of Saleh and the advent of Hadi, the same choir today blesses the rise of (the leadership council) and the decline of Hadi, some of which hastened early to reposition before dividing the spoils.

The speed and manner in which the (Command Council) will be charged to open channels of communication with Ansar Allah (Houthis), may set the zero hour to end the war. But the two sides will have to work on paving the ground, and start negotiations by taking (goodwill) steps, and the most important thing they can do is the simultaneous release of all prisoners, political detainees and prisoners of conscience.

The (Council) with such a large number of people appears to be a consolidation of the principle of national partnership, but in practice it indicates the depth of the gap between the parties to (legitimacy), otherwise the number of its members would not exceed three to five (a president, a deputy and the rest as members). We could have admitted this if the matter had actually been done in normal circumstances according to the requirements of specific constitutional rules, but the conditions of war from the outset dictated that a severe economy be used in building the power of war. That is, during wartime, a mini-war government is formed whose members do not exceed the number of fingers on a hand. Instead, we saw a massive inflation in the presidency, and more than in government positions and their attachments.

Mandate of the Council

The important thing in the matter is that (the Presidential Leadership Council) announced “abandoning the military option,” and even Saudi Arabia urged this council to expedite the launch of negotiations with “Ansar Allah” to end the war, which is the same task that was placed before the Council in the decision of establishment, but did the Saudi Arabia abandoned this option? and if it had abandoned it, why did it not announce the dissolution of the coalition?

Moreover, the decision to form the council did not specify where it would carry out its mission, because defining this gives us an indication not only of the council’s effectiveness but of how it will exercise its powers. We note that the decision to form the (Presidential Leadership Council) did not specify a definite time frame for the council’s mandate and linked it to achieving peace and stopping the war. However, if the Council was not successful in this task, this means that it will continue to hold the power until God inherits the land and those on it in an endless transitional period. On the other hand, if it succeeds in this task, it will begin a new transitional period, according to the decision to form the Council, and only God knows when it will end.

The important issue is; will the council then voluntarily relinquish power in favor of an elected legitimate authority over which it is not supervising or participating?

The decision to establish the council shows that its presidency is limited to the person of Al-Alimi. There is no opportunity to exchange sites. Are the seven representatives in agreement on that, and Saudi Arabia has obligated them to listen and obey, and there will be no conflicts over important decisions, especially since the decision made the vote of the Speaker likely? If the council succeeds in negotiations with "Ansar Allah", how will their representatives be accommodated in the council? Wouldn't that upset the division between North and South?

Also, the decision did not address the nature of the relationship between the Presidential Leadership Council and Saudi Arabia, and the extent of the council's independence in making its decisions regarding negotiations with Ansar Allah (Houthis)? Instead, the matter was left as ambiguous as the independence of the Houthi decision on Iran.

The Houthis, for their part, were quick to reject the decision altogether and in detail. The rejection was hasty by the Houthis without careful consideration or revision, and even described it as a (theatrical). Some believe that this rejection reflects the reluctance of "Ansar Allah" from the idea of ​​peace, or that they are waiting for greater concessions from Saudi Arabia. While there are those who believe that the relations between the Houthis and Saudi Arabia have been settled, and that Saudi Arabia may have evaded its responsibilities.

In conclusion: the decision of the Council establishment has left dirt on the references of (legitimacy) that has been clinging to over the past years, including Security Council Resolution 2216.

Also, Saudi Arabia's insistence on the (Leadership Council) to start negotiations with the Houthis without referring to any references to those negotiations, is an indication of abandoning those references. The announcement by the (Leadership Council) on behalf of Saudi Arabia to abandon the military option in the conflict confirmed the correctness of what George Qardahi said that the war in Yemen is "absurd", and therefore Saudi Arabia owes not only an apology to the man, but also to compensate Lebanon for what was inflicted on him as a result of Gulf bullying.

As long as we have all come to admit the absurdity of the war, Saudi Arabia seems to need to face the failure of its military option, and it is now trying to throw the burden of war on the (Leadership Council) so that it may eventually bear the consequences of its failures.

But we reiterate the need for Saudi Arabia and Iran in particular to have the moral, political and moral courage to admit the failure of the military solution, issue a joint decision to end the war in Yemen, and sign a document guaranteeing that Yemen will not be used as a field for its sectarian and geopolitical conflict. We see no point in any peace negotiations without the participation of international guarantor powers.

Has the problem been resolved?

Saudi Arabia’s exit from Yemen does not absolve it from the commitment of financing reconstruction and paying war compensation, and it would be urgent to put this before the United Nations, which is authorized power to sponsor any peace negotiations in the country.

Since the decision to form the (Leadership Council) did not specify the mechanism and agenda of the council’s negotiations with the Houthis, the time or the place, it would be useful for the negotiations to take place at home, especially in Al-Mahra governorate, as it is the least affected by the conflict, and this will give it exceptional credibility, or if it take place in the State of Kuwait.

Also, the speed and manner in which the (Command Council) will work to open channels of communication with Ansar Allah (Houthis), may determine the zero hour to end the war. But the two sides will have to work toward a settlement of the land and negotiations by taking (goodwill) steps, and the most important thing they can do is the simultaneous release of all prisoners, political detainees and prisoners of conscience. Also, issuing a simultaneous decision to dissolve the divided parliament and the Shura Council will be one of the most important steps that will play an significant role in settling the political playing field, not only in consideration of the constitutional illegitimacy of the two parliaments, but also as a complement to the recognition of the existing legitimacy on the ground, and in order to avoid the emergence of contradictions between the (Leadership Council) and these two councils about which of them owns (legitimacy).

The question remains: Has the leadership council’s authority problem been resolved? Will the war end? Or will the power conflict move to another stage, and the war will become more intense?