How did the national delegation run the independence negotiations?

A reading of the records of the independence of South Yemen, November 22-29, 1967 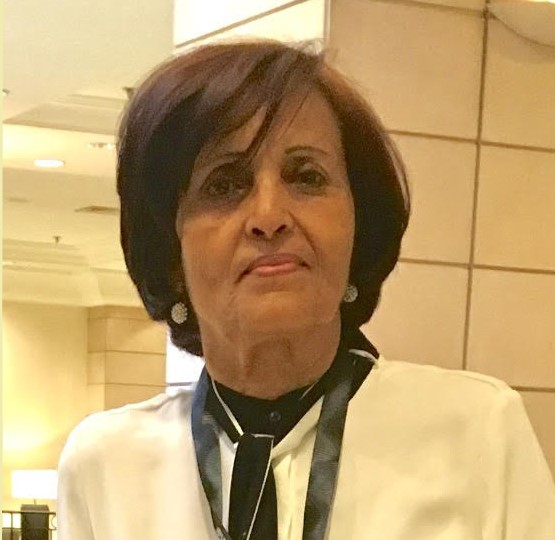 How did the national delegation run the independence negotiations?

A reading of the records of the independence of South Yemen, November 22-29, 1967

During the period between 22-29 November 1967, the delegations of the National Front and the United Kingdom met in Geneva to negotiate national independence. The National Delegation was headed by Qahtan Al-Sha'abi, along with military, financial and legal technical committees while Lord Shackleton headed the British delegation. In the preliminary meeting between the two delegations, it was agreed on a draft negotiation, which included “the transfer of sovereignty to all parts of the territory and its islands, recognition of the new national government, the new country right to join the United Nations, setting the independence day, identify the previous treaties and agreements. Moreover, the draft agreement included the exchanging diplomatic relations and agreeing on the financial and economic affairs of the 1967 budget.” and 1968, covering the expected shortfall in service, financial compensation for some foreign officials, financial compensation promised by the Union government, technical assistance, currency and loans for development projects, trade, documents, reports and studies relating to the country.

However, on the first day of these negotiations, and before the start of its official sessions, the National Delegation was surprised by the UK delegation statement that “his country had taken its decision on November 15, 1967, to hand over the islands of Khuriya Muriya to the Sultan of Muscat and Oman. The deduction of the islands from the region’s origin resulted in the transfer of incomplete power and sovereignty to the new national state. The British position left its impact on the agenda and the progress of these negotiations. The delegation of the National Front worked diligently to claim those islands, based on a huge amount of historical information, and negotiations about them extended from the first day (Wednesday, November 22) until the third day (Friday 24 of Nov.) because of the intensity of the discussion between the two parties, the British delegation was forced to cut off negotiations and travel to London to consult with his government. However, the British attitude remained intransigent, and asked the national delegation to resort to Arab and international circles to demand its national right. However, the head of the National Delegation declared that his delegation did not come to discuss the extension of the region's borders, nor is the British government's decision based on justified cause and that the National Front delegation records its official insistence that the islands of Khuriya Muriya are an inseparable part of the occupied South Yemeni region, and that the national sovereignty of the region due to the British decision will be considered incomplete. Further, the head of the national delegation considered that Britain does not seek to achieve peace and stability in the region, and called the UK delegation for another opportunity to reconsider its illegal decision that contradicts United Nations resolutions, and with the methods of managing these islands since the British occupation of Aden until the conclusion of these negotiations. The national delegation called on a delegation from the United Kingdom not to raise the problem in Parliament until unbiased solution to this issue is reached.

The position of the National Front delegation during the negotiations was based on proving its entitlement to the islands on the basis of the basic principles of the October 14 Revolution, as defined by its National Charter issued in June 1965, which stipulated “the liquidation of the bases and the evacuation of the British colonial forces from the whole land of the south, including the islands belonging to it.” Unconditionally, considering occupied southern Yemen geographically and politically composed of the so-called eastern and western protectorates, the islands of Khuriya Muriya, Kamran, Miyun and Socotra, and all the islands located on the opposite coast of the region and its fragmentation into entities, reservation of these islands, or their use as military reserve bases, is a blatant derogation of the freedom of our people in the south.

In its press statements issued during its conferences, which were held prior to the launch of the negotiations, the delegation confirmed the basic guidelines around which those negotiations will revolve, the most important of which are "achieving independence and handing over sovereignty to the national government, refusing to join the Commonwealth, and not giving up any part of the lands and islands of the south. The delegation decided on that issue on the basis of historical and legal clarity regarding its entitlement to those islands.”

Despite the request of the national delegation to register its reservation about the British decision through an explicit text contained in the documents that will be issued from those negotiations later, these documents did not include that written reservation, with the exception of the minutes of the fourth session of those negotiations; This tarnished the delegation’s positive role in this negotiations, and allowed the hostile views of the National Front to question its role during the negotiations, accusing it of treason, and to consider its position as contradicting the goals of the October 14 Revolution.

On the twenty-fifth of November 1967, the negotiations sessions continued, to discuss the financial issue and the possible support to be provided to the new state, in two sessions, morning and evening. The British delegation declared, “The commitments of the United Kingdom towards the Union government are conditioned by the political conditions in the territory, by confidence in the political system, and by the improvement of the financial situation of Britain itself. Additionally, the British delegation also announced its government’s refusal to pay the unpaid amounts from the 1967-1968 budget, and considered itself to have paid its commitment until December 1967, and is ready to pay in advance for three months until the National Front determines its actual needs. And that the amount promised to the Union government was originally spent since 1966, to buy equipment for the army during 1966.

In response to these statements, the National Front delegation considered the British position regarding the financial issue another repudiation of the British government towards its moral commitment to the territory. The delegation declared that "it had thought that the only difficulty was the Khuriya Muriya issue, but a new difficulty arose that prevented negotiations from reaching any agreement. The delegation declared that, "It used to believe that the only difficulty facing the negotiations was the issue of Khuriya Muriya, but there was a new obstacle that prevented the negotiations from reaching any agreement. If Britain's position had been decided in advance, why did they come to the conference. The delegation emphasized that Britain should announce that the promised financial support was for the Union government and not for the country. Thus, the delegation considered the UK aid a moral obligation that Britain had to pay to the new government.

The financial issue in the independence negotiations constituted a new obstacle in the way of those negotiations with the aim of obstructing the establishment and consolidation of the national system in the southern Yemen. The British government has violated its previous promises to the federal government, as if that aid was meant to be paid to the federal government, and not to the region in general as a compensation for the depletion of its resources over 128 years of colonization.

Despite the agreement between the two delegations in the independence negotiations to “continue the current financial assistance for civil and military purposes, estimated at 12 million UK pounds for a period of six months, starting from the first of December 1967” (84). However, the British delegation announced, during the financial negotiations that resumed after independence in April 1968 in Aden, that it "apologized for providing one million and a quarter pounds in installments for a year out of the proposed amount of - 12 million pounds' aid - considering that the rest of the aid amount was spent to cover invoices for military equipment." military expenditures, bills for non-military purposes, pension payments, and foreign payments.

The two delegations ended their meetings on independence on November 29, 1967 which resulted in a memorandum of agreed points regarding the independence of the territory. This memorandum contained the issues that had been agreed upon between the two delegations, and stated: “That South Arabia attain independence on November 30, 1967, and on Independence Day a sovereign, independent state known as the People’s Republic of South Yemen shall be established, and full diplomatic relations shall be established between the United Kingdom and the People’s Republic of South Yemen as from Independence Day. Moreover, Her Majesty's Government and the Government of the Republic shall deliberately consult regarding all treaties and other agreements involving international obligations, and the Government of the Republic shall consider the question of applying for membership in the United Nations.

A financial note was also issued from the negotiations, which stated: "The two delegations agreed to continue negotiations on aid after independence." The British delegation agreed that the current financial assistance for civil and military purposes, amounting to twelve million pounds sterling, should continue for a period of six months, starting from the first of December 1967. The negotiations also issued a final statement, reflecting the main issues around which the negotiations revolved, and this statement included "Questions of ending the sovereignty and protection of Her Majesty for the Territory, the transfer of sovereignty to the new state, the establishment of diplomatic relations, and the continuation of negotiations on financial aid after independence" (96).

The national delegation described Britain’s position on the negotiation issues as “an expression of its unwillingness to spread peace in the region, and it is an important issue for the new country that wants to build lively neighborly relations in the region, as a guarantee of its security, stability and development.” This was an accurate description as the newly state has entered in three wars with its neighbors since its independence.

In accordance with what was agreed upon in the independence negotiations in Geneva regarding the completion of the financial negotiations after independence, the negotiations were held in Aden in the second half of April 1968, the negotiations between the two delegations, and the Republic’s delegation was headed by Foreign Minister Saif Ahmed Al-Dali, and the Kingdom’s delegation was headed by the Assistant Undersecretary at the Ministry of Foreign Affairs, Bermont. The negotiations ran from April 21 to April 26. Nevertheless, “the British delegation cut off the negotiations, and announced that it has conveyed the specific instructions from its government, requesting to return to it for consultation. On the other hand, the delegation of the Republic issued an official statement declaring that “the negotiations were critical, and in the light of which the relationship between the two countries will be determined!” And that Britain had reneged on its commitments to the republic. Instead of paying sixty million pounds, Britain offered one million pounds during the Geneva negotiations, but returned in Aden to disavow it.

While the national delegation presented itself believing in the goals of its national revolution, armed with its vision of what the national state seeks to build, Britain saw in the new state a party that was not an ally and was dishonest in cooperating with it or in looking after British interests in the region after independence. Perhaps the situation in the region today reflects the reality of the situation since 1967 until today, which require careful study and not separating their events, according to history and the criteria of historical analysis.