On the Revolution and the Enlightenment: An Analytical of the February 11 Revolution

The road to change is paved with continuous struggle 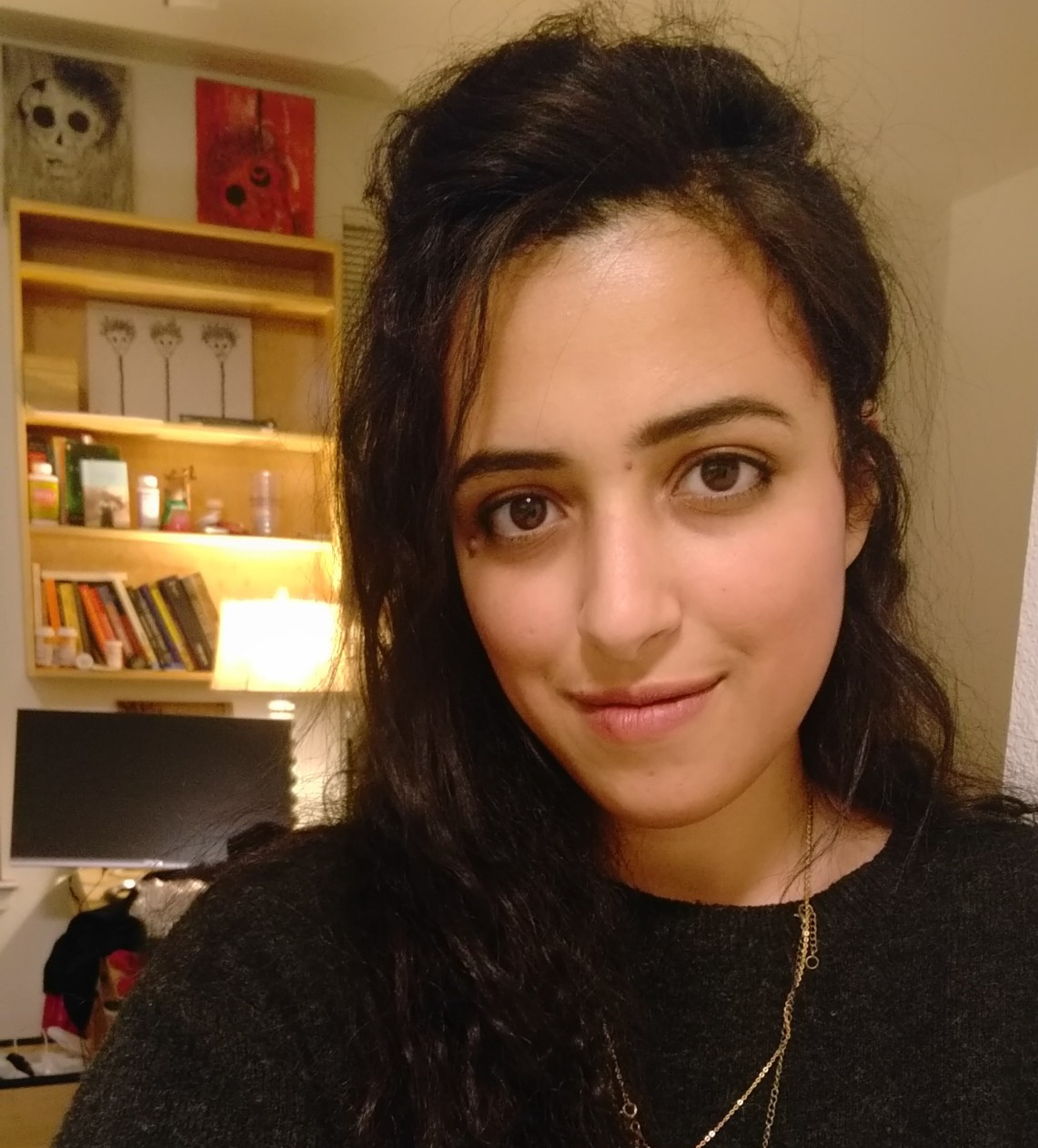 On the Revolution and the Enlightenment: An Analytical of the February 11 Revolution

The road to change is paved with continuous struggle

Disappointment prevails on the tenth anniversary of the February 11 revolution, as one looks at the current situation in the country and wonders whether the revolution has done more harm than good. The hunger that the people protested against has turned into a semi-famine, the state institutions that the revolutionaries sought to reform collapsed and almost completely disintegrated, and the comrades who united under the banner of the revolution turned their weapons against each other, which led to fueling a futile war that caused the worst humanitarian crisis in the world.

Many people blame the revolution for the arid and bleak fate of the country. Some of them claim that Yemen enjoyed unparalleled stability and security under the regime of Ali Saleh, who was overthrown by the revolution. Others argue that the revolution did not come at the right time, as society needed political and intellectual maturity before the spark of revolution. However, this narrative does not stand up to close scrutiny.

In fact, much of the devastation and fragmentation that we see today is nothing but the remnants of Saleh's decades-old authoritarian rule. The revolution came only to remove the veil of injustice, extreme corruption, and the absence of the state in many regions, which would have caused the country's destruction sooner or later. However, I will not address this topic in this article. What interests me is the second type of argument, which requires an ideological revolution for the success of the political revolution against the regime. In fact, I do not agree with this type of argument for two reasons. First, because it restricts the revolution to a specific model and condemns it to failure if it goes against it. Secondly, because I believe that this kind of argument is defeatist in nature and judges the inevitability of the failure of the revolution, which may provide space for people, to stop the struggle and to falter and blame the results on the revolution. On the contrary, I believe that the revolution provided us with small openings that, if we continue to build on them, may allow us to reach the civil and democratic state that the revolutionaries came out to demand.

A revolution led by the bite, not the idea

It is undeniable that the Arab Spring revolutions, including the Yemeni revolution, were not inspired by the writings of political thinkers, as was the case with the French Revolution, which was largely a product of the Enlightenment. In the Arab countries, it was the morsel of bread, dignity, and injustice that drove people to take to the streets to protest against the rule of Arab dictatorships. However, these revolutionary movements, especially the Yemeni revolution, lacked the political and intellectual maturity that would have prevented the revolutionaries from committing some grave mistakes and missing important opportunities.

Although the Change Square was full of slogans calling for equality, freedom and the establishment of a just civil state, there was no clear and complete perception, and thus real acceptance, of these values ​​in the collective consciousness of Yemeni society. In fact, society's understanding of these values ​​remains deficient to this day. The demands for equality that were chanted in the revolutionary arenas did not translate into a change in the social system of Yemeni society, where members of society, including many revolutionaries, still contribute, in one way or another, to perpetuating the class divisions among the people: master, tribal, decorated, servant and others. Likewise, the concept of freedom within the squares was defined very narrowly. There was no widespread acceptance of individual freedom versus group freedom, nor women's freedom versus men's freedom. Also, all political parties, including those that joined the revolution, still lack a true national project capable of extricating the country from the flames of armed struggle over power.

Does this mean that the revolution did not have to take place until society had reached a certain level of political and intellectual maturity? I think the answer is No; for two reasons; first, any argument that the revolution should have to wait until certain conditions are met is based on the assumption that revolutions are engineered, and that they necessarily have a clear leadership that decides when to start. Of course, these assumptions do not apply to the Yemeni revolution, or any other popular revolution. Rather, the February Revolution was a spontaneous act motivated by deep-rooted grievances. Therefore, the wheel of the revolution gained its great impetus from the compelling circumstances that the people went through, and it would not have stopped due to its lack of ideas that would help shape the course of the revolution later. The second reason is that the environment that prevailed under the Saleh regime was not conducive to a real intellectual revolution; Civil society, which includes unions, media outlets, universities, intellectuals and others, was in a deplorable state during Saleh's era. Either these actors have been polarized by the regime, thus neutralizing their threat to its continuity, or they have been suppressed in addition to restricting civic spaces and political forums, which would raise the level of political and cultural awareness in society. Therefore, waiting for these ideal conditions to emerge would have been fanciful at best.

The February Revolution opened spaces for freedom of expression that did not exist before. This does not mean that freedom of expression is now permitted under the authoritarian rule prevailing either in the north or in the south. In many cases, the cost of the opposition is now much greater than it was before the revolution. However, this did not prevent people from speaking out against the injustice of the various de facto authorities, even with their prior knowledge of the consequences. The revolution strengthened freedom of expression, not by removing the restrictions around it, but by mobilizing the courage of the people to obtain it and adhere to it by force.

Moreover, I think one of the reasons why people so stubbornly held on to freedom of expression is that once they touched this freedom during the revolution, it was very difficult to go back to what came before. Even supporters of the Saleh regime, who still do not see any positive outcomes of the revolution, are raising their voices today and expressing their political views even when they disagree with the interests of the de-facto authorities, which we had not witnessed during the Saleh era. This ability to speak freely should not be underestimated as it is a cornerstone of freedom and democratic governance.

Of course, freedom of expression alone will not advance democracy if it is not used to shape the political system and influence decision-making, which requires significant political knowledge among citizens about the political life of their country and requires a deeper understanding of citizenship. To this end, the February 11 revolution pushed Yemenis a step towards democracy by raising the level of political awareness among the people, as they are now more interested in the affairs of their country, and more aware of their rights as citizens. The world of politics is accessible to all, young and old, men and women alike. For example, heated political debates are taking place in the women's gathering which is a major shift from the kind of conversations they used to have, which were mainly limited to family, clothes, cosmetics, and children. It is worth noting that people's motives for engaging in political activism are consistent with their perception of the possibility of making a difference. When people lose hope for change, political inactivity prevails in society. This may explain why many people, especially young people, turned away from the political process during Saleh’s era, and instead adopted a pessimistic realistic acceptance of the country’s conditions as fixed under Saleh’s authoritarian rule. Therefore, the fall of the Saleh regime served as a signal to the people that change is possible, no matter how powerful the regime is. This also applies to the current situation, for despite the totalitarian rule of the de-facto authorities, there are many variables and many players in the political arena, and therefore there are still opportunities to add new, moderate political currents that adopt a real national project.

The path to change

As I mentioned earlier, the revolution opened small windows for change, and we still have a long way to go to take advantage of them and bring the country and the political process in Yemen to safety. The revolution created a free market for the exchange of discussions and ideas between different political, religious and intellectual currents, but this does not mean that all these ideas are necessarily good. What we see today are sharp divisions in the social fabric of the Yemeni society and a clear absence of a national identity, accompanied by the emergence of narrow identities based on geographic, ethnic, or religious affiliation. Unfortunately, the racist, treachery and takfiri speech adopted by these groups is still prominent in the arena in view of the absence of a moderate discourse that seeks to bring Yemenis together on a common ground. Of course, the plurality of currents is not the problem here, but rather the absence of a common framework for consultation and reflection on the country's problems without the investigation of any party or resorting to violence in the absence of consensus.

The challenge before us today is to create the appropriate conditions to support the political transition process in Yemen, which will require a lot of patience and courage, especially when facing the sectarianism and political and religious extremism that has prevailed in the country. This means that there is a need to intensify intellectual production in the Yemeni community, whether through writings, holding political and cultural events, or by disseminating art. Indeed, many Yemenis, especially young people, have begun to move towards meaningful intellectual production, which would create a balanced and moderate political and cultural awareness. On the tenth anniversary of the February Revolution alone, many seminars and writings that dealt with the revolution from a critical analytical perspective spread, which is a good sign even though these attempts were limited in scope and impact in their beginnings. The intellectual revolution may not precede the revolution itself, but it must necessarily precede the establishment of a civil state based on the values ​​of equality, freedom and justice for all.