"Formality of the Content"...there is something worth filtration

A chronic dilemma of the social media in Yemen 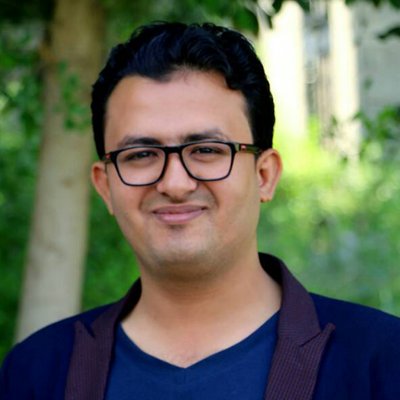 "Formality of the Content"...there is something worth filtration

A chronic dilemma of the social media in Yemen

The state of local dissension continues due to the crisis in Yemen since the outbreak of the war at the end of March 2015, as a result of the control of Ansar Allah group (Houthis) over Sana’a in late September 2014, and Saudi Arabia’s announcement of an Arab military alliance to restore what it called constitutional legitimacy. Consequently, the state of conflict remains ongoing for the eighth year in a row, amid local anticipation, and regional and international attempts to consolidate the humanitarian truce declared by the United Nations on the second of last April.

The prevailing situation at the level of military confrontations in the country does not differ much from that on the social media. It witnessed controversial views, reproducing events, trying to mobilize people, the contradiction of the produced content with humanitarian processes, and the needs of young people, makes addressing this issue an essential need for a country with participatory values ​​and collective popular traditions in order to alleviate the impacts of the conflict and not to provoke more inflames.

On July 17, one of the episodes of YouTuber Zakaria Al-Ruba’ comedy show titled “Samajah Al-Mufti” turned into a massive boycott campaign on social media for YouTuber Mustafa Al-Momari’s channel. Al Ruba'a have showing samples of Al-Momri’s episodes in which he talks about various issues in a superficial and incomprehensible manner, attacks Yemeni women, and contradicts his content from one episode to another. This is in addition to his reliance in his speech on insulting and provoking controversy, according to what was reported by the journalist Zakria Al-Raba, while Al-Momari responded with a video in which he cursed those who lead the campaign to unfollow his channel.

The campaign, which was launched as a reaction to the Al Ruba'a episode, included hashtags calling for a boycott of Al-Momari channel, which is the third largest Yemeni YouTube channel in terms of subscribers and watch hours, according to the annual Yemen Online Report 2021 issued by Icon Digital Agency.

Today, a number of content makers in Yemen are heading to produce useful content, and attempt to remain subjective, with the exception of some institutional productions associated with projects aimed at strengthening the social fabric and reviving coexisting values ​​among Yemenis. This tendency is a mean of social transformation aimed at outreaching the youth group mainly; as they are the most users of the Internet in Yemen.

The hashtag #anti-insignificance was one of the hashtags associated with the campaign, which included the opinions of a sample of people in Sana’a, and for three days, the publication continued in the path of directing public opinion not to be drawn into what they considered inappropriate and offensive content which defame the Yemeni character.

Among the supporters of the idea of ​​confronting such offensive content, Samah Al-Ammrani, an actress and media figure, who appeared in a live broadcast on her personal account on Facebook, amid a great interaction that reached 23,000 views.

Al-Ammrani said that she was subjected to negative criticism from followers from Arab countries for linking those who watch Al-Momari’s videos in those countries to the Yemeni character, including the use of indecent words in the video in the Yemeni dialect, as happened with her in Jordan.

Bushra Al-Jaradi (25 years old), a broadcaster, does not agree with the boycott, as she said in an interview with "Khuyut"; "It is not in defense of Al-Momari, as I do not follow him, and I do not agree with such content, but I think that the boycott will increase the number of people on his channel, motivated by their curiousness to know what is in it, and thus rise his views and the number of his followers, especially since there are those who cannot take into account the type of and the value of the published content.

The annual report: Yemen on the Internet 2021, found that the number of Internet users in Yemen exceeded eight million and two hundred thousand users until the end of 2021, with an increase of 1.7% over the year 2020, and this number represents about 27% of the total population of Yemen. About 11% of the Yemeni population uses social networks, and (Facebook) occupies the lead with more than 3 million and 500 thousand users, and (WhatsApp) comes first at the level of most use, while (TikTok) is the most growing in terms of the number of users during the same year.

Far from comparing the number of users with the total population and linking this to the situation in the country, Bushra Al-Jaradi finds it difficult to access media content that means a qualitative addition for her as a young woman. She says to “Khuyut”: “I am attracted to social media by purposeful content that is not inclined to ridicule, sarcasm or advocacy to hate and spread wrong ideas among society, and this is not available much in Yemeni social media content, so I resort to tourist channels or cultural content, most of which are not Yemeni.”

There is a relative diversity in the content of Yemeni social media, but the political disputes are dominant through intellectual and ideological, and criticism of sects, even the programs presented on YouTube channels are still in their infancy, according to what Nashwan Al-Othmani, the correspondent of Radio Monte Carlo in Yemen stated to "Khuyut." : "I note the tyranny of dialectical battles in the social media networks, which are by their nature a source of incompatibility in light of the interpretations of supporters and opponents. Al-Othmani links the side battles that the media is witnessing, and the relationship of the parties to the conflict to those battles, which even targeted the noble humanitarian campaigns, in some stages, reaching a sensitive dissemination that affects the social fabric that is going through a complicated situation due to the ongoing war.

Moreover, Al-Othmani takes into account the issue of the lack of presence of the majority of Yemeni community in social media due to the lack of internet access to all parts of the country, which causes the current content to appear with these interactions, which he hopes will turn into a backlash against all attempts to undermine Yemeni common denominators.

For his part, Dr. Faris Al-Bail, an academic and researcher, describes the current era as being open, in which the rules of learning, taking and receiving have been broken, and the machine has become the teacher and the material, and everything has opened up to each other.

In his speech to “Khuyut”, Dr. Al-Bail believes that: “It is difficult to talk about controls for what should and should not be presented, everything is available, good and bad, but priority is placed on content that is appropriate and responsive to people’s cognitive need. Meaning that it is shouldn’t be just responsive to a certain desire of people, as some people's needs are not a priority, but the meaningful content is what meet their need and draws them to the most important, the top priority, and so on.

Today, a number of content makers in Yemen are heading to produce what is useful, and these attempts remain subjective, with the exception of some institutional productions associated with projects aimed at strengthening the social fabric and reviving coexisting values ​​among Yemenis. As the most used Internet in Yemen, the report issued by the Icon Digital Agency notes that the age group (25-34) is of the most users and it is the most prominent youth phase in life.

There is something worth filtering in order to provide meaningful content to the community, this is what Nashwan Al-Othmani sees regarding the reality of the content industry in Yemen, and adds: “There is something crystallizing today, as a matter of transformation, and it will serve things tomorrow, in my estimation, for the benefit of the struggle that brings everyone together in terms of Citizenship, freedoms, acceptance of others, gender, and even youth and women’s issues.”

As for Dr. Faris Al-Bail, he directed his advice to content creators through "Khuyut" as a competent scholar and critic: saying “There are a lot of important and rich materials in life such as history and heritage. Do not present the trivial, the superficial and the inferior, but the good in the idea, the excellent in the meaning, and the masterful in the performance. Do not be disturbed by the lack of interest of people in the useful; content, but do not underestimate the value of the good work. Dr. Al-Bell concluded his speech.