An opportunity that should not be missed by the Yemenis 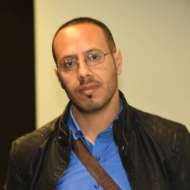 An opportunity that should not be missed by the Yemenis

It is likely that Arab-Chinese relations will witness a new era after the Chinese president's visit to the Kingdom of Saudi Arabia, as Xi Jinping visited the Kingdom for three days from December 7 to 9 to attend three meetings: a Saudi-Chinese summit, an Arab-Chinese summit, and a Chinese-Gulf summit. . During this visit, the Chinese side also signed dozens of agreements and memorandums of understanding with Arab countries, which are important deals affecting sectors such as energy, security and investments, according to Reuters. However, the opportunity for the Chairman of the Presidential Leadership Council, Dr. Al-Alimi, to meet with the Chinese President lacked many practical steps that might bring economic and political benefits to Yemen.

The Chinese president's visit to the Kingdom assumed special importance at the international level, as it came at a time of a widening gap between the United States and its allies in the region, especially with the Democrats taking over the reins of government. Several Arab countries have expressed their dissatisfaction with the American positions on vital issues that cannot be touched, and its gradual disavowal of its security commitments, and its crude disregard of the strategic interests of its allies. Besides Washington's influence and activities in the Middle East come at the expense of the region's prosperity, stability, and long-term relations with its international partners, including China and Russia.

The escalation of the military clash between the superpowers in Ukraine has created an urgent Western need to support the Arab bloc in this conflict, in search of opportunities that might tip the scales in the balance of power. While the Arabs often miss this opportunity, which seems appropriate to send firm messages to the US administration regarding its incomprehensible positions that do not take into account the stability of its allies and do not confirm their interests. Perhaps the most prominent Arab positions against the American-Western will are those related to the rejection of economic sanctions against Russia, and Saudi Arabia’s standing behind the “OPEC Plus” decision to reduce oil production by two million barrels per day, which expresses purely Russian interests and enhances its ability to stand firm in the face of the West, despite the tragic humanitarian conditions left by the Russian invasion of Ukraine.

There is no doubt that the recent Arab moves led by the Kingdom of Saudi Arabia stand in the alignment of China and Russia, and even caused political and economic damage to the United States and its Western allies. These anti-American positions on the part of its traditional allies may reveal the erosion of the legitimacy of the unipolar international system, or the growing distrust of many of the United States' partners regarding its credibility and good intentions.

Yemen and China have serious cooperative relations in the "Belt and Road" initiative (BRI), while investing Yemen's location in this road may bring many economic fruits at the national level, as Yemen is living under the weight of a stifling economic crisis and dire living conditions, and it needs real international partners to strengthen its national economy and security.

Does China dare to enhance its influence in the Middle East? Perhaps this is necessary given that active participation in the global economy requires China to move beyond its traditional policies. China needs to bear the burdens of securing its oil revenues by itself, and not trusting the efforts made by the United States for a long time in this path, in addition to the “Road and Belt” initiative described as the most important in terms of Chinese foreign policy, which may enable achieving common prosperity and peaceful development between it and other Arab countries.

The Arab countries, through rapprochement with China, are searching for areas of joint action that would contribute to reducing dependence on American sponsorship. It would be more appropriate not only to seek to expand partnership with China in the energy and trade sectors, but rather to extend to security cooperation. The Chinese strategic need for oil derivatives should be invested, and the Arab region remains at the top of the regions of vital importance to its emerging economy where China imports 70% of its total oil supplies from Arab countries. In 2021, China imported 265 million tons of crude oil from Arab countries, which accounted for 51.6% of the total imported crude oil, according to the China International Television Network (CGTN) report. This represents the most important determinant that may push Beijing to find a foothold in the Middle East and North Africa region.

What did Yemen benefit from the Chinese President's visit to Saudi Arabia? It does not seem that the head of the Yemeni Presidential Leadership Council, Dr. Rashad Al-Alimi, took advantage of the Chinese president's visit to the Kingdom of Saudi Arabia to reap some gains, despite their meeting on the sidelines of the Arab-Chinese summit held in Riyadh. As it has not been announced that any memorandums related to activating previous agreements with China or investing in new economic opportunities that China may grant to its partners, or any other memorandums of understanding related to Chinese security concerns in the region, and the support that China may provide in this aspect due to considerations of Yemen's strategic location within the Maritime Silk Road.

In fact, the path of implementing the "Road and Belt" strategy is hindered by Chinese security concerns, and it is possible for China to carry out security duties regarding the shipping lines in the Arab and Red seas. China has also pledged to spend $124 billion for Silk Road schemes. It is worth noting that in April 2019 Yemen signed a memorandum of accession to the Silk Road as part of the second summit of the "Silk Road" initiative.

Yemen and China have serious cooperation relations in the "Belt and Road" initiative, while the investment of Yemen's location in this road may bring many economic fruits at the national level, as Yemen lives under the weight of a stifling economic crisis and dire living conditions, and it needs real international partners to strengthen of its national economy and security.

In addition, there are concerns in Yemeni political circles about whether the Kingdom of Saudi Arabia imposes real restrictions on Yemeni foreign policy, which should focus its efforts on embodying common denominators between it and its international partners. The Yemeni-Chinese rapprochement is a legitimate goal to enhance opportunities for cooperation and exchange of mutual interests. This shackled foreign policy in the face of the challenges of the current economic and security situation may be a result of these restrictions, or at the very least that the Yemeni government has not been able to liberate its foreign policy by dispelling the prevailing Saudi concerns about its national security, and building solid common denominators that reassure the ruling family in Riyadh.