A land whose mud is irrigated with blessed sweat

A precious gem not valued by coal-fired shards 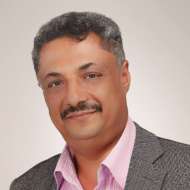 A land whose mud is irrigated with blessed sweat

A precious gem not valued by coal-fired shards

As October 2022 enters, the first fruits of the local oranges coming from the district of Anas, Dhammar begin to appear in the market, telling of the entry of winter, because such fruits appear at the height of winter, along with the cantaloupe from Tihama, and the strawberries that are grown in the countryside of Sana’a. The fruit of the orange will coexist for long weeks with the Sa'ada's pomegranate, and a few weeks with the grapes, which are teeming with the markets, before the pomegranate season ends next to replace it, which in turn has replaced the apples, the peaches (Al Farsak) and the prickly pear, starting from the beginning of September; As for the fruit that will displace the oranges and their species (Youssef Effendi and the stalked orange) later, it will be a type of mango called the Sudanese, which starts from early January. Travelers on the Hodeidah Road (up or down) at this time of the year can view the mango exhibits in the hands of vendors outside the farms in Sardood Valley).

Of course, the early ripening method here has nothing to do with chemical treatments and premature picking of such early types of fruits that the greedy owners of large farms follow. This matter is certainly condemned for its great health risks, and its negative impact on the soil, which is saturated with unauthorized and uncontrolled toxins, thus losing its fertility and renewal in the long run.

On May 20, I saw for the first time in this season, the early dates (Al-Manasef) in Al-Raqqas market in Sana’a, a month ahead of its seasonal schedule according to the season in Tihama, and two months before the arrival of the red and yellow dates of Wadi Hadramout. The next day, while I was passing with some friends in the grape market near the Great Mosque in the old city of Sana’a, I saw the first grapes coming from Al-Jawf a month and a half before the appearance of the Al-Rawdha and Al-Jabri grapes. My eyes also took a picture of the fruit seller in his shop in the market, and in front of him was some peach (fersak) coming from Rada'a, apricot (prune) from the Haddah and Sannaa zones in Sana’a, figs or (Palas) from the Al-Baydha governorate, and the small green local apples coming from the district of Hamadan. Before we reached the market, we saw the beginnings of pomegranates and berries in Moaz's orchard, near the Talha farm and its orchard as well.

The markets of Sana’a and the rest of the cities were at that time immersed in Tihama mangoes, which have been flowing since the beginning of the year, as well as the Abyani papaya, the Ahwar watermelon, the Sa'ada apple, and the prickly pear (cactus) coming from the areas of Ghaiman and Artel on the outskirts of the city. Like the strawberries from the areas of Sanhan, the local pears (pears) from the village of Al-Qabil and Wadi Dahr, and the guavas that come up from province of Al Odain and the warm valleys of Taiz.

Bananas of Rima'a valley do not stop at the markets throughout the year, and today they are at their lowest seasonal prices, at prices close to the prices of pomegranates (three kilograms for one thousand riyals; $1.8) just like the pepper Papaya (Anba) coming from the coastal strip farms.

At the time, the conversation was about the fruits of the spring season and early summer displayed in the markets, and not about vegetables of all kinds, Nor about the lemon, which crossed all the barriers to arrive from Seiyun to Sana’a, fresh and cheap, after its presence was scarce for a long time last winter, which is expected to happen this winter, so it will be replaced by (Egyptian lemon), which is not the quality and smell of Hadrami lemon.

The diversity of the climate in this country and the fertility of its lands make it one of the most beautiful countries of God. Thus, if its elites chose a path other than wars, crises, and the cheap mortgage that they earn from.

It is indeed a jewel in the hands of a stoker, as it is said, and kidnapped with the weapon of warlords who do not like it. If a large and comprehensive national project was placed in front of the Yemenis, the country would have become better, and there would be someone who would defend it with a purely patriotic motive.

However, the small dismantling projects led by sectarian groups from a religious militia It is regional and rural, which are firmly established and grounded, by the sponsors, managers and financiers of war, who found in these easy tools to undermine the state, dismantle geography and destroy the human being who has long watered the mud of this country with his blessed sweat.

Victim of an Explosive Object in Abyan

What happened to the sheep shepherd Mahdi?
Khuyut
·
Journalism