The Yemeni Crisis and the Scenarios to Reach a Reconciliation

Did everyone surrender to outsider solution? 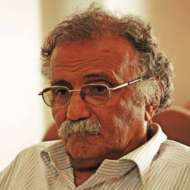 The Yemeni Crisis and the Scenarios to Reach a Reconciliation

Did everyone surrender to outsider solution?

The indicators prove that it is impossible to reach an agreed upon political solution without an objective and truthful diagnosis of the Yemeni situation from various aspects as Yemen is divided between armed militias that represent de-facto authorities; the north - with the exception of Marib, Taiz, and parts of other governorates - is in the hands of Ansar Allah (Houthis), whereas militias allied to legitimate government control Marib and parts of Al-Jawf, as is the case in Taiz and some of its countryside while parts of Hodeida is shared by forces affiliated with the Congress and Islah parties and tribes.

In spite of the fact that the southern parts of Yemen are under the control of the security belts and elites' forces affiliated with the Transitional Council which call for secession, in practice, these forces are actually loyal to the United Arab Emirates. Similarly, Saudi Arabia has recently begun to structure its own affiliated forces, whereas the loyalty of the Tariq Afash armed group, which is stationed in Mocha and some rural areas of Aden and Shabwa, is divided between Saudi Arabia and the Emirates. There is a direct presence of the Emiratis and the Saudis in some areas, specifically in Socotra, Al-Mahra, the countryside of Hadramout, and Al-Jawf. However, these powers are also divided and not in a harmony with each other that reach to point of fighting between these different components, and sometimes within the same group.

As for the political aspect, the internal political parties are: Ansar Allah (Houthis) who are loyal to Iran, the legitimacy loyal to Saudi Arabia, and the transitional council which calls for separation, regardless the fact that it is part of the legitimacy, but its loyalty is divided between Saudi Arabia and the United Arab Emirate and is longing to have an independent existence. However, the transitional council seems more loyal to the Emirates, and loyalty may have been easily switched.

It became obvious that all warring parties have no interest in a political solution, and the international or regional resolution will not answer the questions of the Yemeni people who have tasted the scourge of war, while the regional and international concerns are to resolve their own disagreements, and sharing interests and influence.

After seven years of civil war, external factors have become the most influential driver, and Yemen has become a battlefield for a proxy war, and everyone has become hostage to the regional and international reconciliation of the crisis, or linked to their agreement, and even the repeated truce is not far from regional consensus and American pressure.

The social economic situation is the root of the crisis, the basis of the catastrophe in Yemen, and perhaps in many countries that have been known as the "Third World"- where: "Whoever rules owns", whereas this term is reversed in the culture of the industrialized countries who believe in: "Whoever owns rules"; However, in the miserable and poor Yemen, the wealth of its rulers, and its senior government officials and employees gained through authoritarianism and influence, and because of this, the rooted and infiltrated conflict focuses on the ruling, and fighting on looting of public money, in order to gain wealth.

Ibn Khaldoon's description and the correct Ali Al -Wardi’s quotes on Bedouin, and its means of looting, and that the tribe is fond of war as a production tool, applies more to the current crisis in Yemen. But the prevalence of this Bedouin spirit in most of the societal composition, especially in parties, civil society organizations, and its involvement in the war and its support- is the prevailing.

The brokers of the leading merchants left the country for fear of looting, while the middle class was bursting into the lower groups after its impoverishment, and the economy activities of the internally and externally besieged country has been disrupted.

Agricultural lands were burned, or cultivation stopped due to the high prices of oil derivatives, the lack of labor, water, and salaries have stopped, and the fishermen are no longer able to fish due to the air strikes, the lack of oil, the oil wealth is exhausted, and its revenues are deposited in the Saudi National Bank.

According to international reports, famine rate exceeds 80%, the national currency in a continuous decline, and the prices are madly swelling, and the war has become the only way to earn a livelihood, and the rifles became the only production tools as a war economy; There is no stable commercial activity, nor agricultural land is used, salaries have been halted, and businesses were disrupted in both the public and private sectors.

The seven -year war destroyed Yemen in the south and north, tore the societal fabric, destroyed the weak and already fragile infrastructure, development was disrupted, and the administration was dismissed, the education became a partisan and was divided between the Sunni Shiite conflict, and the resources of Yemen and its capabilities were robbed, its historical and civilizational monuments were looted, and the hostilities were distributed between its social groups and its components in light of the entire miserable situation, so how can the reconciliation be achieved?

It became obvious that all warring parties have no interest in a political solution, and the international or regional resolution will not answer the questions of the Yemeni people who have tasted the scourge of war, while the regional and international concerns are to resolve their own disagreements, and sharing interests and influence.

The modern parties and civil society organizations are no longer active or absent, and the civil society was demonized, while everyone is victims of war; While confrontations are ignited in tribal areas, cities and villages were besieged; The public roads were blocked, the killing, famine increases, and the fatal epidemics that reap everyone have spread in the worst humanitarian disaster that the world has known. As for the aerial bombardment, it has caused the greatest damage to the country infrastructure.

The Asha'ari say no disobedience after disbelief, and certainty, there is no crime like the crime of war. The heinous crime - as a war crime - the inability of the Yemeni to meet with his Yemeni brother, and the dialogue and consensus on a political solution that satisfy everyone, was entrusted to the regional and international actors.

The regional and international solution is acceptable due to the internal weakness, but the severity of suffering, and the continuation of the war will not solve the problem, just as the leaders of the civil war will not be alone with the solution. It is necessary to involve all the colors of the Yemeni societal spectrum: the private, the civil, political parties, youth, women, and public figures who are the most capable - through dialogue - to solve the problem of their homeland.

The armistice is welcome; only because it opens the prospects for the possibility of reaching a settlement, and most importantly, the fighting between Yemeni have to come to end. We must pressure to turn cease fire into a comprehensive and permanent cessation of war, the establishment of everlasting peace, the lifting of the land, sea and air blockade, and the immediate opening of internal outlets, especially the crossings of Taiz, Al Dhale’e, and Marib-Sana’a;

That is, all closed roads must be unlocked without exception, in addition to releasing detainees and those forcibly disappeared, releasing salaries, public and democratic freedoms, freedom of opinion and expression, and before and after, getting rid of dependence on regional and international interference, and Yemen must be removed from Chapter VII term, which imposed guardianship on Yemen.